ONE HUNDRED AND ONE NEW BABIES 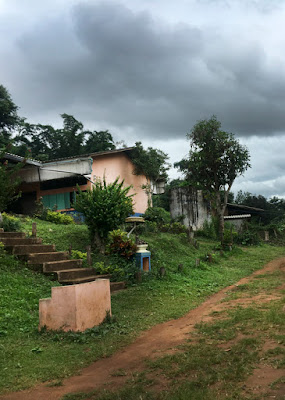 Project WIN has been working in the beautiful Hmong village of Khun Sab. The road from Chiang Mai is steep and scary so it takes two hours to get there. Project Protein is in the early stages, as Mae Vak and Khun Lao were a couple of years ago. 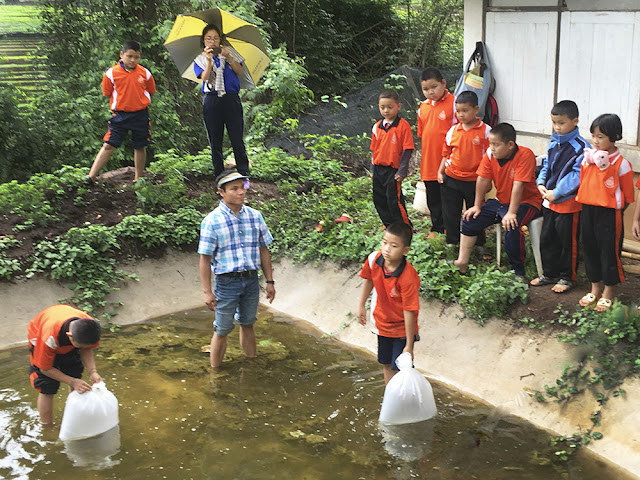 Volunteers have already built and established the concrete fishpond with 1000 baby fish there, thanks to the British Women of Bangkok. Those fish are now six times their original size and they'll will be ready for harvest early next year. As in other villages, fish are the first of the new project components. 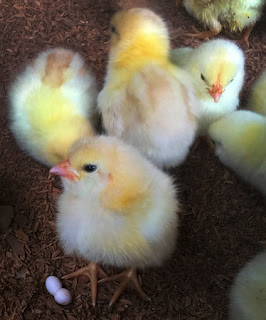 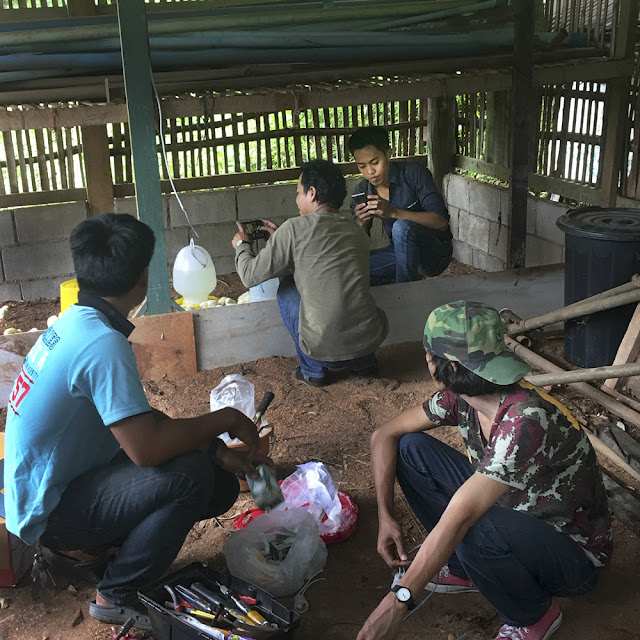 Last weekend brought a small crew to Khun Sab to rebuild a big and badly deteriorating chicken house. Volunteers from Maejo worked all day doing carpentry and electrical work to make the place ready for the 101 baby chicks they brought.

Thanks to generous friends who bought supplies and vendors who helped, they had everything they needed to start: plenty of chicken feed, feeders, watering tank, and lights that double as heating units.
Project WIN worked in partnership with local leadership, notably the teacher who will have overall charge of the chicken project. She'll direct the training of the students in the skills they'll need to keep the chicks healthy and growing.  Since it was a Saturday there were no kids around, but volunteers heard they were beyond excited on Monday when they saw what had arrived. 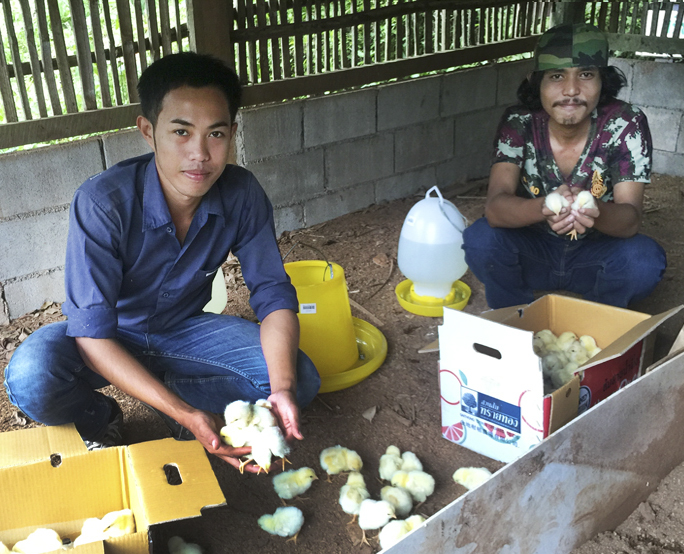 This is a trial run. Once the chicken project is well-established and kinks worked out, the Project will add more chickens, put in a mushroom hotel, and finally a vegetable garden. The garden will have a plastic roof, necessarly in this part of the world.  Project WIN is holding off on frogs and continuing to experiment with them in other villages to help local leaders determine whether they are a good addition. 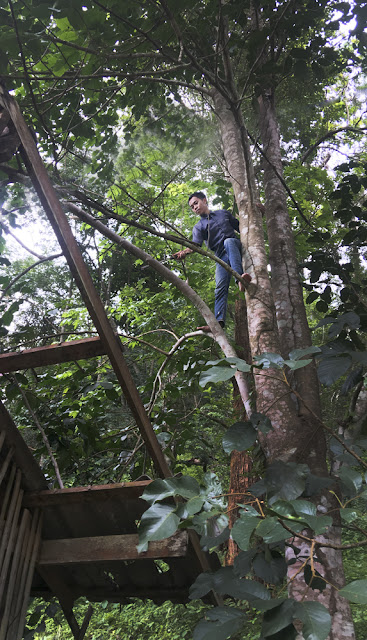 Problems at Khun Sab are relatively minor. In spite of a long day of repairs the chicken house can't last more than another year. Volunteers want to lay a concrete foundation and build a brand new coop. Since it will be built from local materials with many helping hands it will not be very expensive.

There was also some landscaping that surprised a foreign observer. Villagers were worried about snakes using overhanging tree branches to access the chickens, so one very athletic university student volunteer climbed a very tall tree with a machete and knocked down a big pile of branches.  That generated a lot of applause.


Another problem is the unpredictability of the rainy season. This year is much wetter than last. The rain will have an impact on how and when they set up the mushroom hotel and when work can begin on the vegetable garden. The rain can also make getting to the village not just an adventure but potentially dangerous, so some trips may have to be delayed. Project and Village leaders will  deal with the rain it as it comes, but they are determined to implement all five phases of Project Protein (or four if the skip the frogs). 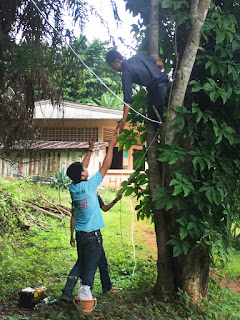 Khun Sab is a bit more primitive and inaccessible than the others, so it's a little more challenging than earlier projects. Even so, the volunteers have new skills and the villagers are  ready for a boost from ProjectWIN.  The Project is committed to Khun Sap and establishing sustainable protein sources that will make a big difference there. They hope the village will benefit not only from a healthier diet not, but that children and their families will develop strong skills in sustainable agrigulture for the future.

This not solicitation for funds. Foreign volunteers are welcome but can be accepted only when permitted by their Thai visas, but foreign friends are more than welcome to visit the villages and observe project progress. Visits are led by Thai volunteers by prior arrangement and approval.  Foreign visitors will receive a brief cultural orientation in advance of a visit.  If you would like more information about ProjectWIN, please contact the Project coordinator, Aj. Thongin Nuntarat, M.A.  Thongin's email is kruvin1978@gmail.com. 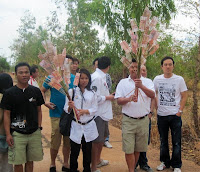 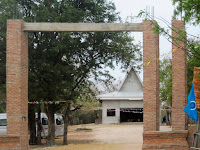 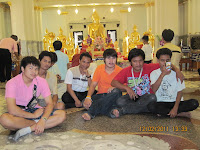 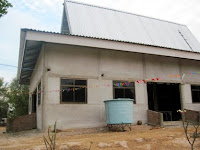